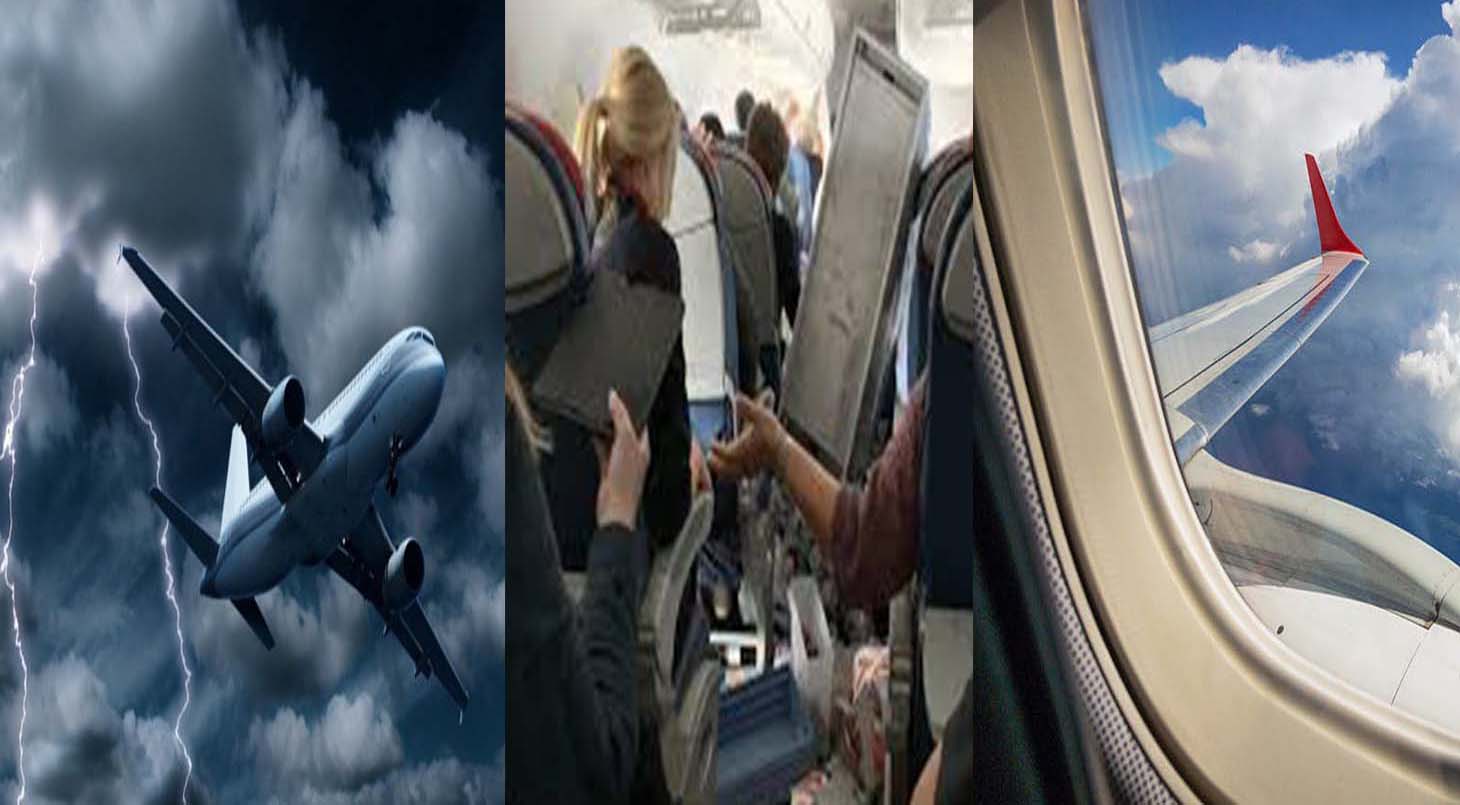 Story told by a man which is most frightening yet thought-provoking experiences of his life.

He had been on a long flight. The first warning of the approaching problems came when the sign on the airplane flashed on: “Fasten your seat belts.”

Then, after a while, a calm voice said, “We shall not be serving the beverages at this time as we are expecting a little turbulence. Please be sure your seat belt is fastened.”

As he looked around the aircraft, it became obvious that many of the passengers were becoming apprehensive. Later, the voice of the announcer said, “We are so sorry that we are unable to serve the meal at this time. The turbulence is still ahead of us.”

And then the storm broke. The ominous cracks of thunder could be heard even above the roar of the engines. Lightening lit up the darkening skies and within moments that great plane was like a cork tossed around on a celestial ocean. One moment the airplane was lifted on terrific currents of air; the next, it dropped as if it were about to crash.

The man confessed that he shared the discomfort and fear of those around him. He said, “As I looked around the plane, I could see that nearly all the passengers were upset and alarmed. Some were praying.

The future seemed ominous and many were wondering if they would make it through the storm. And then, I suddenly saw a girl to whom the storm meant nothing. She had tucked her feet beneath her as she sat on her seat and was reading a book.

Everything within her small world was calm and orderly. Sometimes she closed her eyes, then she would read again; then she would straighten her legs, but worry and fear were not in her world. When the plane was being buffeted by the terrible storm, when it lurched this way and that, as it rose and fell with frightening severity, when all the adults were scared half to death, that marvelous child was completely composed and unafraid.”

The man could hardly believe his eyes. It was not surprising therefore, that when the plane finally reached its destination and all the passengers were hurrying to disembark, he lingered to speak to the girl whom he had watched for such a long time.

Having commented about the storm and behavior of the plane, he asked why she had not been afraid. The sweet child replied,

“Sir, my Dad is the pilot and he is taking me home.”

Morale: When you are sure of yourself, your confident level is steady and you are never shaky you do the things calmly and successfully.