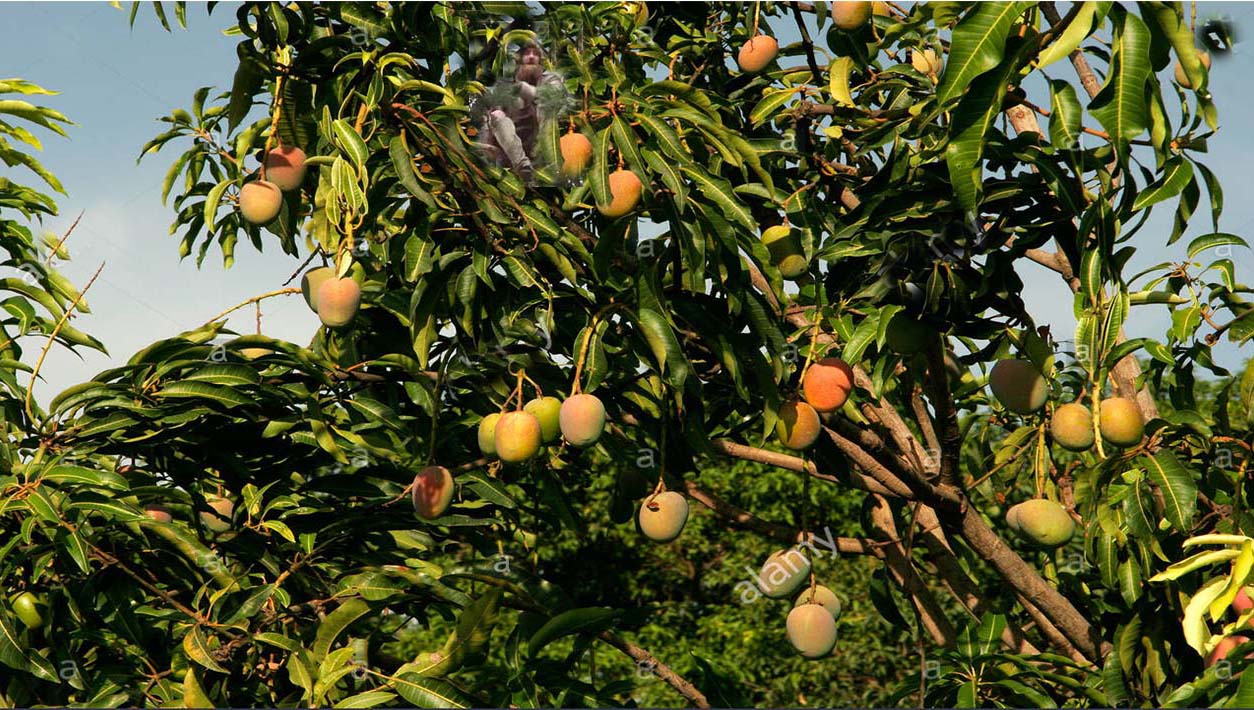 Once there was a man who liked to eat mangoes. One day he decided to get the sweetest mango available, from the very top of the tree. Mangoes which are exposed to the sun the most are the sweetest.

So he climbed up to the top, where the branches were thin. He managed to pick up a few sweet reddish fruits, but, in an attempt to climb down, he slipped and started falling towards the ground. Fortunately, he caught the branch as he was falling and remained helplessly hanging on the tree. Then he started to call nearby villagers for help. They immediately came with a ladder and sticks, but could do little to help him.

Then after some time one calm and thoughtful person arrived – a well-known sage who lived in a simple hut nearby. People were very curious to see what he would do, as he was famous in solving many people’s problems in the area and sometimes very complicated ones.

He was silent for a minute and then picked up a stone and threw it at the hanging man.

Everybody was surprised. The hanging mango lover started to shout:
“What are you doing?! Are you crazy? Do you want me to break my neck?” The sage was silent. Then he took another stone and threw it at the man. The man was furious: “If I could just come down, I would show you.”

That’s what everybody wanted. That he came down. But how? Now everybody was tense, as to what would happen next! Some wanted to chastise the sage, but they didn’t. The sage picked another stone and threw it again at the man, even more forcefully. Now the man on the tree was enraged and developed a great determination to come down and take revenge.

He then used all his skill and strength and somehow reached the branches which were safe to start going down. And he made it! Everybody was amazed.

“Where is the sage?!” – exclaimed the rescued man. “Oh, he is a wise man. So he didn’t wait for you to beat him,”- said the villagers.

“I will really smash him completely!” “Hey, wait a minute. He is the only one who helped you. He is the one who provoked you, who induced you to help yourself.”

The mango freak stopped for a second, thought for a moment and admitted: “Yes, all your good intentions and compassion didn’t help me. But he expertly induced me to give my best and save myself. I should be thankful and not angry.”