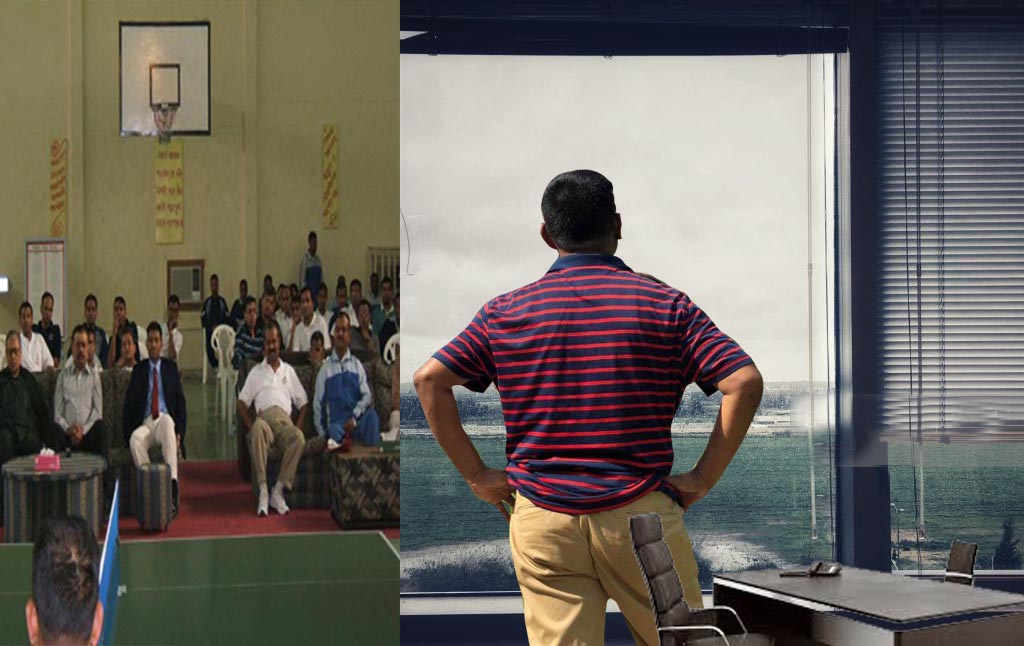 #Adam# It’s an allegorical story to share my thought in search for ‘Meaning of Life’.

Honorable Judge perched in his upholstered chair on his raised dais with scales of justice on his left hand side and a gavel lying on his right.

Adam stands in the dock with his head stooped.

Adam earns his livelihood through his animals begotten by birth. They are his mainstay for living.
The animals work as per their capability. They are instinctively driven for their own survival. All have their peculiar specialty befitting for their own survival and Adam earns his
livelihood exploiting those.
Many a times the animals went out of control and wreaked their animality regardless. Adam has to stand in the dock as their owner to plead for the dumb animals.
He did not have any hand in begetting the animals. But the onus of taming and keeping them under control lies on him.
Animal is necessarily meant for animality. They source all their ingenuity and energy from that instinct. It is redundant to say that the animals possess expertise in different
forte. Adam has to utilize those capabilities for benevolent purpose at the same time restraining them from malevolent acts.
Animals draw their strength from the urge of survival and they would use that strength with full fury at a crunch. Here comes the onus of Adam to rein in their extent and
scope of using their dexterity.
Animals are integral part of Adam’s life and living. They invariably accompany him in weal and woes. Owing to human limitation, Adam indulge in some of them sometimes
and ignore their wrong doing.
A charge sheet has been framed against his animals. The prosecutor are putting forward all documents in support of the charges.
All the charged animals are present with Adam in the court. But since they can’t talk, Adam has to answer on their behalf.

Adam has a giant and ferocious Tiger. He is always hungry. To eat and live seems to be his aim in life, he eats for survival and satisfaction. But seemingly the need for eating is never-ending. Intuitively he enjoys to overpower his prey after chasing. He is very expert in using different stratagems to befool his target. If his power and intelligence are to be utilized for something benevolent then his hunger has to be satisfied first. Otherwise he would exert all his power and intelligence in obtaining his food and eat everything in his reach regardless even Adam.

His second animal is a Dog. It would taste everything by sniffing. It does that to identify food of his choice and also to seek route to his destination. It is a congenital
habit and he is an expert in that subject. The dog does that regardless to the fact that the process of testing might spread some disease or render the staff impure for some.

He has a Deer, always sticks up its ears to listen everything. He listens everything but prefer what serves his purpose. Very timid and ready to scramble away for any
impending danger. It does that also intuitively to save own life. It does not pay any heed to the complaint of tiger that deer listens from far and runs away fast keeping
them hungry. They have sharp horns and jab and injure others.

Adam has an Eagle, which enjoys seeing everything within range. He flies high in the air with the intention of having a panoptic view. Its piercing eyes identifies prey from far
up, swoops on and catch with his sharp pair of talons. Innocent small herbivores remain apprehensive of losing their privacy and becoming its prey.

His Snakes are very fastidious about weather. It does not like too much of cold and hot. It prefers to wallow in torrid snuggery regardless of others objection. During
summer it sheds away its slough and goes out. It bites human being without any reason just in apprehension of unfounded fear. During winter it coils in different niches and
put others in intimidation.

Their survival and living depends on their respective expertise; for tiger- its ferocity, for dog- its sniffing accuracy, for deer- its auricular keenness, for Eagle- its power of
piercing eyes and for snake- its power of sensing by touch.
Adam always remain very cautious lest his animals harm others in the process of ensuring their own survival. He also knows that for any bad deed of his animals he will
be held responsible.
Adam is always mindful about fulfilling their requirement for survival to the best of his capability. But at times he becomes undone owing to his limitation.
His first limitation is that he cannot always provide them with their necessities. He takes responsibility for this failure.
Secondly, Adam is totally unable to undo them from their instinctive character. Adam is totally helpless about his second limitation and he is confused who to be
blamed for that.
It would be a futile effort to try and remove the naturally given black color from a piece of charcoal. Credit can only be attributed if the blackness can be face-lifted by
polishing and make that more compatible with the surroundings. Adam is a firm believer of the concept and he likes to act accordingly.

All the misdeeds of the animals are narrated with stark proof in tows and Adam does not have any observation on any of the allegations.
Adam was born dependent on the animals. He was not given any chance to choose. He tried his best to wield his control over the inborn characters of the animals. His
failures are his inability. Adam is definitely a convict if the inabilities are taken as crime.
Adam is aware about the characters of his animals and always try to use them properly. But he does not have the ability to cross his own limit.

Sometimes out of desperation, Adam chained the animals and kept them on a short leash. He only provided them with the bare necessities for survival.
As a result, the animals lost their original vigor, which reduced their working capability to the minimum. In a nutshell, Adam closed all the doors for the animals to
grow themselves.
Once they are not growing they are dying in deed.
He caged them and closed all the avenues for his animals to exercise their originality i.e. animality. The animals lost their instinct of animality. As such, there had been almost no incident arising out of their animality saving the very seldom scattered incident.
The animals earn their livelihood by using their originality but since they are barred from using that, Adam has to feed them from his other resource. As a result his treasure
is shrinking and on the other hand the animals also are losing their physical strength and sense of spontaneity.
The caged animals though get habituated in their restrained world but always look helplessly, gazing through the see-through barrier at the freedom enjoyed by the other
fellow animals in the free world.
To the contrary, the free animals remained busy earning their own livelihood by developing new strategy to keep up with the changing world.
The animals can surely be desisted from their inherent inclination for doing harmful act by caging them. But Adam faced real problem to provide them with their need as
they are quintessentially barred from exercising their natural potentials.
His treasure is not inexhaustible and he really doesn’t know, what would be the future of his restrained animals having lost their originality and also for himself.

-Why did nature give them the animality instinct? Adam heaved a sigh at the thought.
The animal have to survive and for that their natural instincts have to survive. To meet the new challenges their originality have to be rather strengthened.
Notwithstanding the fact that there is also a need to restrain their animality.
-The requirements are rather contradictory. Freedom is required to enhance their capability and on the other hand control is required to restrain them from using their
instinctive character.
The animals carry out their activities driven by instinct which can be restrained through training and discipline. In an effort of controlling if they are caged that will
end up destroying their natural growth.
They need to be kept active to the best of their ability and to the contrary, Adam has to save himself from punishment by restraining their acts.

To avoid seeing whatever is bad and bizarre in the world we may venture to cover the whole world around but that is neither possible nor reasonable. Instead, if we put a tiny
patches of cover on our two little eyes that is a probable solution.
It is possible to run a day or two with eyes covered but how one would run his life with eyes blindfolded!

If such a spectacle can be invented which would allow one seeing everything less the bad and bizarre ones that could be a more pragmatic solution. It’s easy because one
pair of glass for each would do. It’s also possible because the system would allow the eyes, nature’s gift to do its job for which it was created.
Otherwise a blind folded man would always try to look for an excuse and opportunity to remove the cover for seeing the world around.
They blinded folded animals might conceive the urge and scope to break and destroy the whole control system if they don’t get any opportunity of seeing at any time.
– My Lord you tell me what I could do to control them totally.
Adam’s question echoed on being reflected by the four walls of the court.
Adam raised his stooped head slowly and looked at the Judge.

 Life is always an uphill journey but enjoy the wayside sight and sound. Meher’s Quote