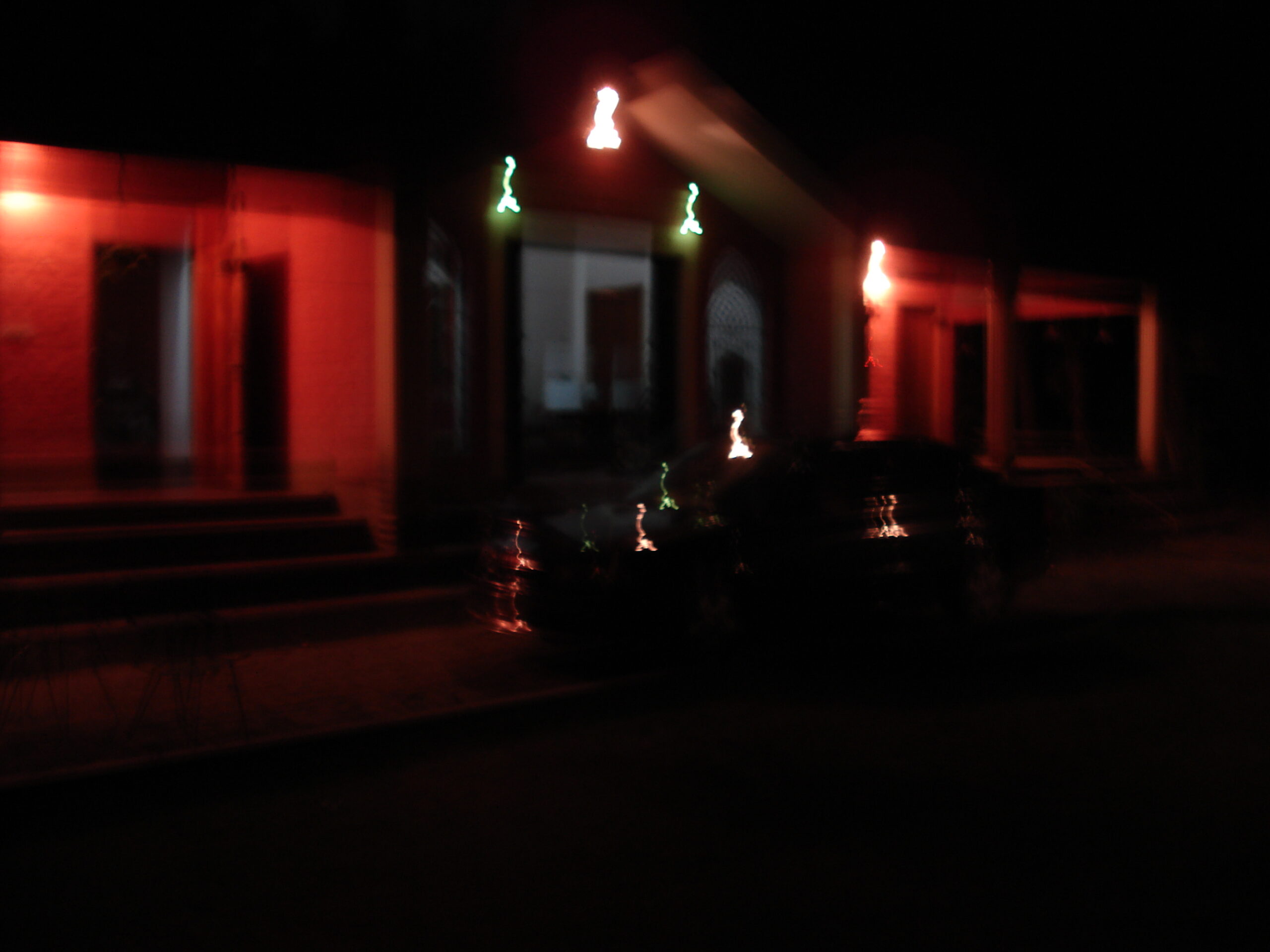 Gradually Lisa realized that she has conceived a baby of Arif.

Nasima Mondol got a shock, learning that. Now what! She was totally perplexed.

Nasima Mondol thought of taking her daughter to a doctor to cause an abortion.

But she did no more dare to take such a big decision alone.

She informed her husband in confidence.

Sarwar Mondol did not consent to her proposal at any cost.

Nasima Mondol got lost and felt helpless having failed to elicit consent of her husband. She was dipped into a state of sharp and unbearable mental tension. She blamed Arif and vowed to get him pay for it heavily.

Lisa proved herself to be patient. She took the decision herself.

-All right mom, I’ll give birth to Arif’s child and give back to him, then I’ll divorce him.

Nasima Mondol felt assured. She decided to send her daughter to London after the delivery. Then she would decide next moves cool headed.

Having passed through unbearable agony, Lisa gave birth to a baby girl.

-You gave birth to a baby girl.

The declaration in a subtle voice of a nurse when she was in labor, seemed a whisper from heaven to Lisa. She recollected Arif. He desired to have a baby girl. He also informed that his family also desire to have a baby girl in their family very dearly.

– And if it’s a boy? Lisa desired to have a boy, as such, she asked as against the proposal of Arif.

Arif did not answer, he only smirked. Indeed he didn’t have any name selected for a boy.

At that moment, Arif’s voice clearly rang in her ear.

-Oh, if Arif would be here today! He would definitely be the happiest man.

Her eyes welled up silently.

-Lisa your ordeal is over. I’ve booked your ticket. What we desired and what He disposed!

-Don’t worry about your daughter, she is your blood too. I’ll take care of her myself. Once she grows up a bit, I’ll hand her over to her father and I and your father would join you permanently in London.

-She is to be named. Lisa told in a stoic voice.

-They will name her who she belongs. Said Nasima Begum.

-Eva is her name. All to call her by that. Calm but firm voice of Lisa, puzzled Nasima.

When Eva was one and half months old, Lisa left for London leaving her daughter to Nasima Begum’s care.

Once she was in the country, Lisa did not think about Arif much. Her emotional mixture of love, hate and wrath enabled her to bear the baby for nine months in her womb. She always used to think that Arif would be somewhere around well informed about everything and also suffering in silence.

A sense of guilt always reigned on her ever since Lisa left the country.

-Arif is due for the punishment for his own crime. But what crime the baby has committed! Why has she deprived her suckling baby?

Her bosom used to be bursting in pain.

Lisa remains paralyzed with all those tension. Tears always roll down her cheeks.

Nasima Begum placed the divorce paper prepared by a renowned advocate to Lisa for signature just prior to her departure for London. She asked for a pen while panning her eyes over it. Then she kept the paper with her with the promise of signing that after having a good look at it.

Nasima Mondol did not press any further. More so, Lisa uttered her promise to sign it in due course of time in a very non-emotional voice.

The divorce paper is still lying with her. Nasima Begum has told her that she can hand that over to her brother, Razzaque after signing.

Nasima Mondol finally migrated to London along with her husband in six months’ time.

There was a long session of pleasantry exchange on having the whole family together again.

Golap Mia also joined to partake in that.

-On breathing fresh air from river Thames and having food from my restaurant your mind and physique both will be fresh. Golap Mia told to make Lisa happy.

Golap Mia broached the discussion about his friend Jonab Ali and said, “To my understanding, it’s better to discuss things openly, the day have changed from the time when parents used to arrange everything and children used to say okay. What do you say sister”?

-It’s better that the children should talk one to one. I am planning a get-together of Jonab Ali’s family and yours in my house soon. I hope one meeting will make things moving. If not, then there is no problem, we have not fallen in a thick soup.

-I have already given them some smattering idea about Lisa’s earlier life.

All looked at Golap Mia curiously.

-Oh no, I’m not that immature but I think it won’t be wise to make the whole episode secret to them, what do you think?

Golap Mia tried to rest all assured. He paused to munch some beetle leaves in his mouth.

All kept looking at him.

-I’ve arrogated all blame on our erstwhile son in law and in fact he is to be blamed and the proofs are existent here in London.

Golap Mia paused a bit. He thought about something.

-But you need not to worry about that, things are happening between me and my friend. On the whole, I’ll ensure that reputation of our daughter is not tarnished.

He paused to spit out the some juice of beetle leaves.

-London is too far from our country. None would scrutinize so much here. Above all, verdict of mine is final for my friend, Jonab Ali.

Lisa stood up silently and went upstairs without saying anything.

Eyes of Sarwar Mondol and his wife met stealthily.

-Our daughter felt uneasy, sister. Despite being girl of this age, Lisa is a model of conservative girl. Commented Golap Mia sensing the confusion of Sarwar Mondol and his Mrs.

Lisa is unlike of today’s girls in many counts that is known to both of her parents. But she is not a gawk and has not left out of her nervous feeling. It was well comprehended by her parents if not by Golap Mia.

-It is proved that she took a wrong decision about her daughter, she arranged the marriage herself and also broke that herself. Lisa and her father accepted everything without any opposition. They did neither oppose nor had any alternative proposal.

-In case of her proposal about abortion, she bowed to the objection of her husband and things happened as per Lisa’s choice. She did not impose anything against anyone’s opposition.

Nasima Begum thought and tried to absolve herself from crime feeling.

Finally, how can she overlook the proof, she has witnessed in her own eyes. How can she accept such a fate for her daughter?

Having seen Nasima Begum distrait, Golap Mia made some sound clearing his throat.

She thought over the matter for the whole night, everything right from the beginning. She shared with her husband also.

She saw Jamil herself, he looks exactly like Arif, to top that Shahed Sarkar told everything without any reservation. Nasima Mondol discussed everything with her husband afresh.

In the process of fixing up the marriage, Nasima Begum went herself a number of times to meet Arif’s parents, Shahid Sarkar and his wife. They discussed matters at length. They seemed very amiable and aristocratic family. Though they did not show much interest about the marriage of their son. But Nasima Begum took that as typical showing-off for any grooms’ family.

But how could they hide the stark truth about their son. They did it so cool headed!

Having discussed the matter again and again with her husband for the whole night, she failed to make any equation.

-Is there any missing dot somewhere! They questioned themselves. Lisa also voiced the same doubt.

-Whatever happened so far that cannot be undone but any new decision to be taken on proper deliberation. Time would be best healer. They agreed.

Few months passed. Lisa kept herself coiled in her own world.

Lisa declared that she decided to see things all by herself by visiting Shahed Sarkar’s house. That would not yield any result, thought Nasima Begum. But she thought of not opposing and decision of Lisa at this stage and did not object.

So far, Lisa accepted all her mother’s proposal without any comment and that caused such a disaster. Thought Nasima Begum.

-I won’t object to any of your effort in this regard, I only expect that you be happy and settle down. All happened due to my obstinate attitude. Nasima Begum started sobbing.

-How Lisa will go to that house, with what pretext and with what identity?

Nobody could give any satisfactory answer. 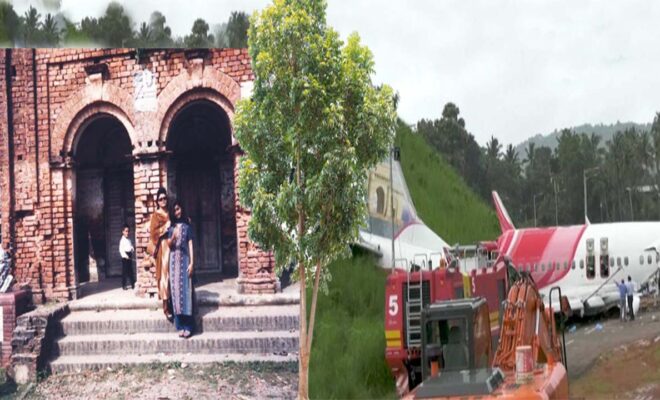