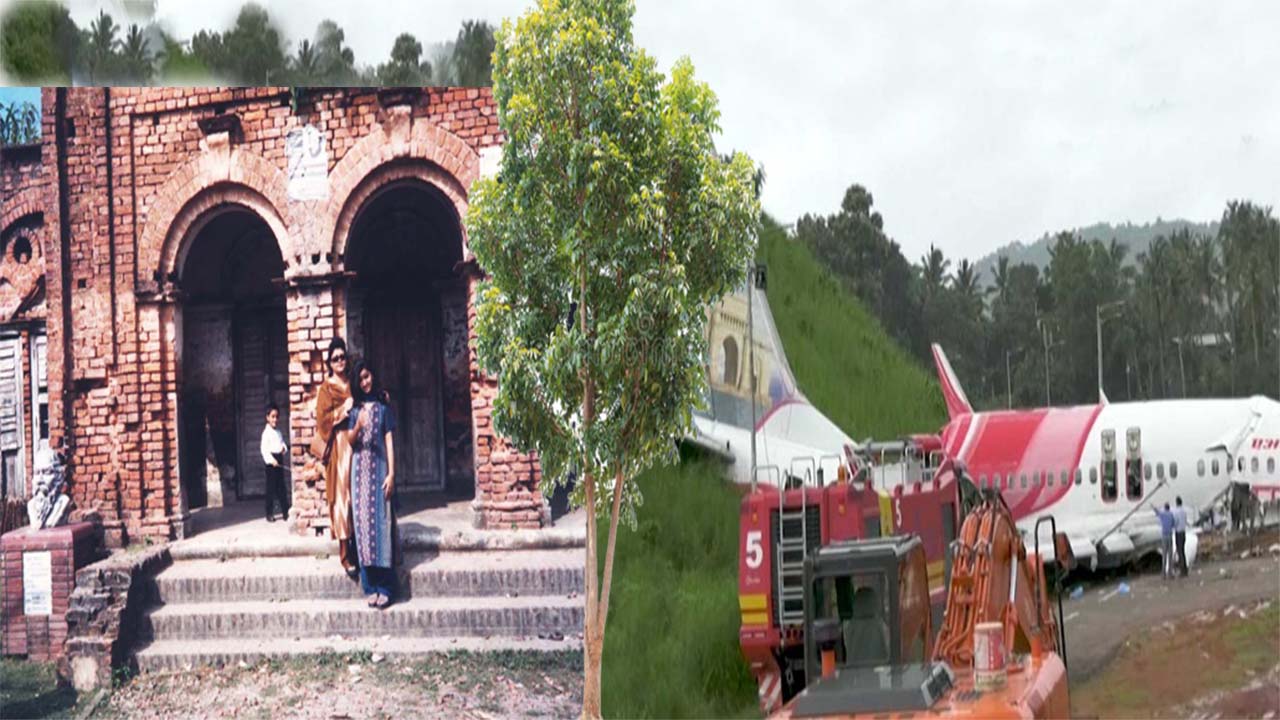 -We had a son named Mahim. He was born here in London. He became a medical doctor. We married our only son with a doctor bride who was two years junior to Mahim. Shahed Sarkar started narrating about himself to Nasima Mondol.

Their daughter in law, Shakila was also born and brought up in London.

They were blessed with a son within one year of their marriage. Once their working son and daughter used to go out for their job, Nazma Begum used to look after the baby. He survived for about a year and the boy passed most of his time with Nazma Begum.

Mahim’s father in law used to serve as software Engineer in an Institute in Bangalore, India. He lived there with his wife. They did not see their grandson since his birth. Shakila was pressing Mahim for a short visit to India to show their son to her parents.

-Mahim and Shakila managed their leave with lot of coordination and went to India. On their way back they had a plan to visit my brother’s family in our country on their way back to London.

The tour went on as per schedule. After visiting Bangalore, they boarded the plane to land at Dhaka. My brother and his wife were waiting at the Airport to receive them.

There blew gusty wind and was raining heavily at Dhaka. My brother informed me as I called that the weather condition in Dhaka seemed to be very bad and incoming flights were redirected to other nearby Airports.

Then news came about the crash of the aircraft inside Bangladesh somewhere towards the south of the country.

Having said this almost breathlessly Shahed Sarkar took a deep breath. However, he tried in vain to elicit some smile on his face.

-We heard that some passengers, having survived walked out of the crash site, but luck did not favor us.

-Nazma is unwell since then. After my brother’s grandson, Jamil came to stay us she has become a bit normal. Now she almost spends her time with Jamil.

-Big granddad, Big grandma won’t come down as she does not feel well. Jamil came downstairs and said diverting their discussion.

Shahed Sarkar made Jamil seated beside him.

-Here is Jamil, my grandson, Mrs. Nasima, I just talked about him.

Nasima Begum almost got a shock by seeing Jamil. He looks exactly like Arif, Jamil is Arif’s boyhood. She stayed totally confused.

-Jamil has been staying with us for the last few months. We could hardly convince his father to send him here. The boy lost his mother few days after his birth, his father used to look after him.

Shahed Sarkar cuddled Jamil in his bosom as he talked.

-My younger brother Shahid Sarkar stays in our country and his son, Arif is his father.

-Yes, Arif, is the son of my younger brother. He has grown to be a good and proper gentleman. He has been selected in administrative service and would join soon. Jamil is a carbon copy of his father.

Nasima Mondol already knew that Shahed Sarkar hails from the same city of her. But she kept that as secret weapon to be used as last reserve to attain her aim. But as Shahed Sarkar agreed to her proposal, Nasima Mondol thought of breaking the pleasant surprise as parting shot.

-But what a surprise she got! Jamil is Arif’s son, Arif is married! Nothing was making any sense. How is it possible! It’s a big fraudulence!

-Information are given by Shahed Sarkar himself, and Jamil looks exactly like his father. What else could be truer than what she sees and hears?

-Her daughter was married the previous day, by that time her daughter, Lisa must be on her way to her husband’s house. Thought Nasima Mondol. Everything appeared to be a cruel nightmare to her.

-Here nobody knows anything about the marriage and it would be useless to let them know. Thought Nasima Begum.

She did not mention anything to Shahed Sarkar. Only took a close look at Jamil for some time.

With the feigned show of formality, Nasima Begum smiled and took leave that night.

She kept thinking sitting in the car, while falling back. -I have no right to spoil my daughter’s life having known the hard truth. She took a vow to make amends to the injustice at any cost.

On reaching back home she narrated the whole episode with her son Razzaque.

-It would have been better to accept the proposal of my father in law about Lisa’s marriage. Nasima Mondol balked a bit while going up the stairs but did not say anything.

She rang her country without wasting any time.

Morning sun was about to peep out in the country. Arif and Lisa were yet to get up from bed breaking their sweet dream after the first night of their honeymoon trip in the sea beach rest house.

The servant girl picked up the phone.

Sarwar Mondol could not eke out any scope for morning walk due to his long commitment for the marriage ceremony.

Having seen off the bride and groom for their honeymoon in late morning yesterday Sarwar Mondol heaved a sigh of satisfaction. Despite being tired, he got up early in the morning and went out for a walk.

As he was having free hand exercise in the lawn, the servant girl handed over the remote of telephone set to him to attend a call of Nasima Begum from London.

Sarwar Mondol received the call in a very light mood.

To answer her query, Sarwar Mondol informed that due to disruption of road communication, Arif could not take Lisa to their home and as such they have gone to the nearby sea beach resort for honeymoon.

Sarwar Mondol was totally reluctant to believe what he heard from his wife. He got a reel and almost lost his strength to keep standing.

Nasima informed about her plan of falling back from London as soon as possible and requested Sarwar not to allow Lisa to accompany her husband to her in laws house after they fall back from honeymoon.

Nasima Mondol informed her son that she would leave for country right the next day. She also instructed her son that he must narrate everything to his father in law and also inform him that we would not send Lisa to her in law’s house. Also keep everything secret. She would inform them further once she goes to the country.

Arif and Lisa returned from honeymoon at afternoon on the same day.

Nasima Mondol confided everything she saw and heard to her daughter.

Lisa got speechless. Blaming destiny, Nasima Mondol encouraged her daughter to accept and not to worry.

-How it is possible! Lisa did not feel like to believe anything that her mother narrated. She broke down at the absurdity of the incident.

It takes some minimum time to wake up from a dream regardless of bad or good. It takes even some time to squirm up after waking from sleep before getting back to normal. But what is this! Arif is not a dream to her anymore. In the last four days, the love and affection of Arif has made a permanent impression in her mind and body. In the pretext of destiny, life has embarked into a ruthless game with her!

Lisa sat speechless and petrified. She did not feel any urge of asking anything to anybody.

Having seen and heard everything by herself, Nasima Mondol assured her daughter about the sure way out of this and she also assured of fixing condign responsibility on them.

Lisa re-winded the four days memory in details again and again in her loneliness and put every moment and every gesture of Arif under the prism of scrutiny. But she failed to find out any dearth of sincerity in Afir’s words and behavior.

Nasima Mondol started blaming herself for arranging the marriage without taking detail information. She started wailing for devastating her daughter’s life in her own hand.

She is a patient of high blood pressure and having failed to control herself, her physical condition aggravated further and she became bed ridden.

Lisa got apprehensive, having seen the deteriorating health condition of her mother. She tried to get normal and consoled her mother to refrain from blaming herself and to absolve her from the guilty feeling.

Nasima Mondol got normal gradually and helped her daughter to get normal also.

She advised her daughter to consider the four honeymoon days as no more than a nightmare and it would be better to erase that sooner than later.

Lisa was convinced that Arif has insulted their relation beyond any doubt. She lost all her feeling towards him. What to talk about living with Arif, she even did not get any urge of talking to him anymore.

Lisa repeatedly informed herself that ‘Arif is already a married guy and he has a grown up son. Her mother has seen and heard all by herself. So, there lies no scope and necessity to scrutinize any further’.