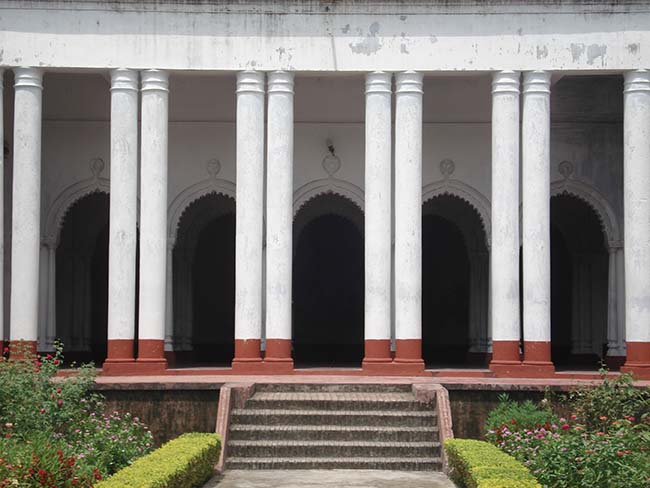 -To be very frank, Mrs. Mondol, I always like to talk to people coming fresh from the country like you. Believe me, you smell my country in true sense. People like me I call uprooted, really suffer from an identity crisis here. Look at me, I always try to make this country my own but my look always betrays my origin. Even an indifferent onlooker would say that I don’t belong here.

Nasima Mondol was listening to Shahed Sarkar with rapt attention.

-Who all you have back in the country? Nasima asked.

– I think, it’s better to briefly talk about myself and that would help our conversation to be more meaningful.

-We are two brother, Shahid, my younger brother stays in the country. We maintain good relation and Shahid adore me like father.

-Ours were very happy family because both of us are satisfied with the bare necessities. But for repeated bad strokes of luck, things went topsy-turvy for us. But after repeated tragic events, Shahid is trying to come to terms. His son got a prestigious job as a government executive.

-His brother Shahid Sarkar lives in the same city of her own! Is he talking about Shaid Sarkar, Father of Arif’!  Nasima Begum wondered to herself.

-But how could that be, as per his narration, both the brothers maintain very good relations, but it appears that he does not know anything about the marriage’!

-I’m sorry for only talking about myself, I go mad whenever I get somebody from my country, I get a feeling that I’ve got some of my own kind. Pardon me Mrs. Mondol, please now you say something.

He partakes in their well and woes, regularly talks over telephone for hours together. But the ordeal knew no bound when his brother successively lost his son and then his daughter in law. Though he could not be there physically by them back in the country but he talked almost every day since then to take some share of their pain.

Whenever Shahid is in trouble he calls his brother at any time of day or night.  When Shahid was in a fix about the disposal of dead body of Jamila, daughter in law from his elder son, he rang his brother in London. Having heard everything, Shahed was shocked and consoled his brother with all his love and affection. He advised his brother to bury her in Sarkar family grave yard beside her husband, Araf.

-Children are to do mistakes, but you have to ensure and pay dues to all.  Shahed told his brother having heaved a deep sigh.

-Whatever was to happen, have happened and whatever is further due would also happen, we are really helpless in front of destiny, and remote future cannot be discerned and preempted. Our family grave yard is a bit away from the village, it proves to be helpful, and nobody would know anything. Do the formalities with police and bury Jamila’s dead body in our grave yard, take Badsha Mia, Jamila’s father along also. The wretch girl would at least sleep in peace on getting recognition after death.

Having advised his brother, Shahed Sarkar broke into tears.

Shahed Sarkar rang Salma, his brother’s wife few months after the incident. He wept profusely over telephone and said, ‘I have lost everything much early, I don’t know why destiny has put us in such an ordeal. Please give Jamil, the baby boy of Jamila to us, so that we have a pretext to live’.

After couple of years, when Jamil grew up to be a boy, having discussed with Arif, Shahid and his wife convinced Jamil to go and stay with his elder granddad in London. Shahed Sarkar and his wife, Nazma went to the country and brought Jamil along.

Jamil stays here with them for about two years now. Jamil is indeed the soul of the house.

The marriage of Arif in fact was no more than some social duty for Shahid Sarkar and his wife. That’s why it could not arouse anything extra in neither of them. They could barely convince Arif for the marriage. Consequently, they did not feel the urge to inform their brother in London.

On the other hand, the marriage was arranged on single decision of Nasima Begum, a renowned political figure in that area. Good economic condition of Sarkar family, smart looking Arif and his government service etc. goaded materialistic Nasima Mondol to marry her daughter in that family. Both of her sons are established, now marrying her daughter with a befitting man would free her from family responsibility and she would be able to invest herself fully in politics. Nasima Begum thought.

Election was also scheduled shortly. Having considered all, Nasima Modol decided to fix the date quickly.

The relation of Shahid Sarkar with Shahed Sarkar was unknown to Nasima Begum till then.

Shahed Sarkar and Nasima Mondol talked at length on that night sitting at the dining table. Beside mixed discussion, Nasima Mondol fixed a date for compromise meeting between two parties under the leadership of Shahed Sarkar.

Nazma Begum, Shahed’s wife very sparingly took part in the discussion. She did not stay all through and always looked absent minded whenever present.

Shahed Sarker took a notice that Nasima Mondol was looking at absent minded Nazma every now and then.

Shahed Sarkar knew that Nazma gets lost whenever there is a discussion about native country, she feels giddy and uneasy, and she needs to take sedative pill to sleep that night.

But that improved much after the arrival of Jamil. She was alright for the last couple of months. Shahed Sarkar felt embarrassed at the departure of Nazma. He knew that Nazma would not return any more.

-You know Mrs. Mondol, Nazma feels perturbed for any discussion about our country.

-It was not proper to discuss all those serious matters in presence of Nazma. Commented Shahed Sarkar.

He apprehended that Nasima Mondol got more uneasy and suspicious on his comment about Nazma.

Nasima Mondol is a guest and she did not have any part to play regarding the absent mindedness of Nazma. But if Nasima Mondol takes it on her ownself then that would be very embarrassing for Shahed Sarkar.

In view of all those, Shahed Sarkar decided to narrate their family affair to Nasima Mondol in a nutshell.