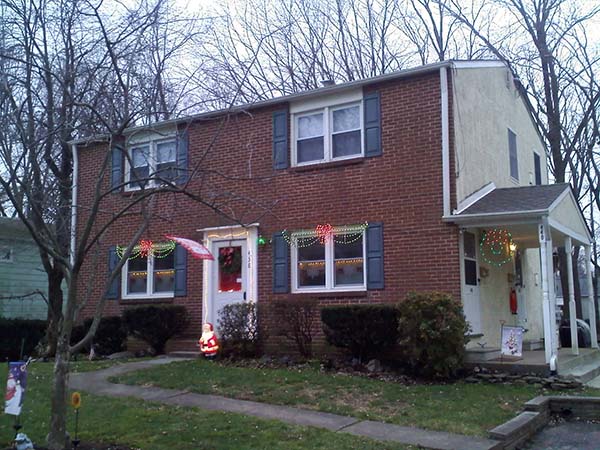 Sarwar Mondol is the father of Mary, Eva’s mother. He has two sons in succession and then the daughter. He is a successful businessman, financially well off. After his marriage, he built his own house and lives in a posh area of the city.

Basically, he hails from a conservative family from a nearby village. He is very simple and religious minded man. He always leads a simple life. Be it in terms of way of talking or dress up, he always maintains a simple posture as mere one of ten. He tried to rear up his children accordingly.

His in laws side are rich and cosmopolitan. His father in law, Kazi Hasan is an old inhabitant of the city.

Nasima, wife of Sorwar Mondol ia a bit bulky with rather dark brown complexion. Beside a tall, fair and well-built Sarwar Mondol, Nasima was visually a poor match. They used to study in the same year in the same college. Nasima was active in politics and did not marry in time.

Sarwar married Nasima basically based on the selection by his in law’s side. There were some objection about look and age of Nasima from Sarwar’s family, but that did not get much currency in the face of name and fame of Kazi family.

The suzerainty of Kazi family over Sarwar Mondol is evident since marriage.

Sarwar Mondol could never object any decision imposed from Kazi family. As a result, he had to leave his own family in the village to live in the city. He bought a piece of land near Kazi family and built a house there. His children were all born and brought up there.

Their eldest son, Razzaque got his masters in political science and was not doing anything. Nasima sent her son to London exploiting her political link. Razzaque worked in a restaurant owned by one of their family friend and ultimately married his daughter.

Now he stays in London permanently and owns his own restaurant.

Nasima Mondol also sent her second son to London for graduation. He is also staying with his brother and working there.

Her sons are happy there. Nasima Mondol use to visit London minimum once a year. She use to remain busy in London with party activities and stay for couple of months in every visit.

Both the sons have got their nature from mother. They are indeed indebted to their mother for what they are now.

Mary, youngest of all has got the nature of her father. Like father she also used to come back home straight after class was over. Then father and daughter spent their time together.

Kazi family is pretty big composed of minimum a score of small and medium size family, staying in the same locality. If any day, Sarwar Mondol came back late or he went to his village, Mary went to some their relatives house and stayed there. Her mother always remained committed, so her stay was never counted so far Mary was concern.

Nasima Mondol herself arranged Mary’s marriage in Sarkar family. She went to their house, discussed with Arif’s parents etc. She did all those along with her father Kazi Hasan. She fixed the date for marriage. But due to some unforeseen political requirement she had to go to London about a month before the marriage.

She hoped to come back before marriage.

-But if not, then marriage would take place regardless, I would bless the couple over telephone.  Nasima Mondol made things very clear and arranged everything accordingly before she left.

Her sons live in East London area. Razzaque, her eldest son has bought a house there. Razzaque was also actively involved with London wing of the same political party of mother. There was an internal feud in the party, where Razzzaque was involved and his business was also affected for that. In view of all those, Nasima Mondol needed to go so urgently.

Nasima got busy in London right from the next day. Every day there used to be some program. Like all other day she came home late that day. Two of her sons, daughter in law and Razzaque’s father in law, Golap Mia were waiting for her. They looked a bit anxious.

Golap Mia is an old business man in London. He is not educated in that sense. He came to London as Hotel Boy in his young age. Now he is owner of two hotels. He does not understand politics and does not waste time on that. He has established himself based on his sheer physical hardship and persistence, which is evident in his dress and way of talking. He is very disturbed as business of his son-in-law is hampered due to political feud.

The man in feud with Razzaque is Jonab Ali, dealing also with same restaurant business. Golap Mia has good relation with Jonab Ali. In fact, they came together to London in their young age in search of good fortune. They worked in the same restaurant as boy. They passed so many sleepless nights together ventilating helplessness about their uncertain feature. Golap Mia is emotionally bound with Jonab Ali. In fact, both of them wanted to make that relation socially knitted.

-But Lord’s wish cannot be denied, He wanted other way.

Golam Mia heaved a sigh of expiation while narrating his deep relation with Jonab Ali.

Golap Mia has one son and a daughter. Golap Mia’s daughter,  Halima, now Razzaque’s wife was supposed to be married with the son of Jonab Ali, had she been not older than Jonab Ali’s son. That was the commitment in their early days.

Jonab Ali’s son, who has attained marriageable age by then. Jonab Ali has given the full responsibility of finding a bride for his son to Golap Mia. His son does not like girls, born and brought up in London. He likes a conservative girl observing all religious rites. As a good friend, Golap Mia always try to get proper girl for his friend’s son.

-What I want to mean sister, if our daughter, Mary is married with the son of Jonab Ali that would meet all loose ends- the feud would be settled and Mary would straightway get papers to live here permanently; all your children are settled here. Then you two old guys would do whatever suits you.

-No, no, that’s not possible, brother, it’s too late now. I have arranged the marriage back home all by myself.

Nasima Begum straightway turned down the proposal of Golap Mia.

Though Nasima Begum turned down the proposal given by her brother-in-law at that mid night, but the aspect remained stuck in her thought and could not erase that all together. As she was going upstairs for sleep, having seen off Golap Mia, her son, Razzaque reminded her about Golap Mia’s proposal.

-You have also become a stark businessman like your father-in-law.

-Don’t worry, go and sleep. Let me see what I can do to solve your business feud.

Having tried her heart and soul for last about a month, Nasima Begum could not find out any plausible solution to the feud. She became worried but she was adamant not to give up.

Having failed to mediate through anyone within her party, she thought of doing the same through some of her countryman, Shahed Sarkar, a renowned personality, well-educated and actively engaged in politics of this country. She planned to meet Shahed Sarkar.

Shahed Sarkar is not altogether indifferent about politics of his native country, but can be termed non-committal. But he is very sympathetic towards the problems of his country, people in particular of his country and people of the sub-continent in general. He is an amiable man acceptable to all.

Nasima Begum decided to broach the subject as an issue of image of the country.

Meeting was scheduled on the next day of marriage between Arif and Mary.

Having blessed her daughter and son-in-law over telephone as per prior arrangement, Nasima Begum went to have a meeting with Shahed Sarkat on the next day.

It was a two storied corner house with a green lawn in front fenced with spiked-top wooden lattice.

There stood Shahed Sarkar at the gate flanked by his wife, Nazma Sarkar. They received Nasima Begum cordially.

Age was evident in the physical appearance of Shahed Sarkar. He crossed seventy and uses walking stick but not as a necessity but style. He looked very fit of his age.

-Welcome Mrs. Mondol, please come in. I would beg your pardon for my bad habit.

Shahed received Nasima Mondol with his tobacco smoking pipe pressed between his teeth.

Having completed his masters in Economics, Shahed taught in a university for couple of years in the country. He came with a job and got settled here. Having been actively engaged in politics of this country, he made this country as his own.

He was narrating about himself to Nasima Mondol briefly while pouring some fresh orange juice for her.

Though he cannot make time to visit his native country very often but he tries to keep himself updated always about major events takes place in the country. That’s why he got more interested to talk to Mrs. Mondol, who is an involved politician.