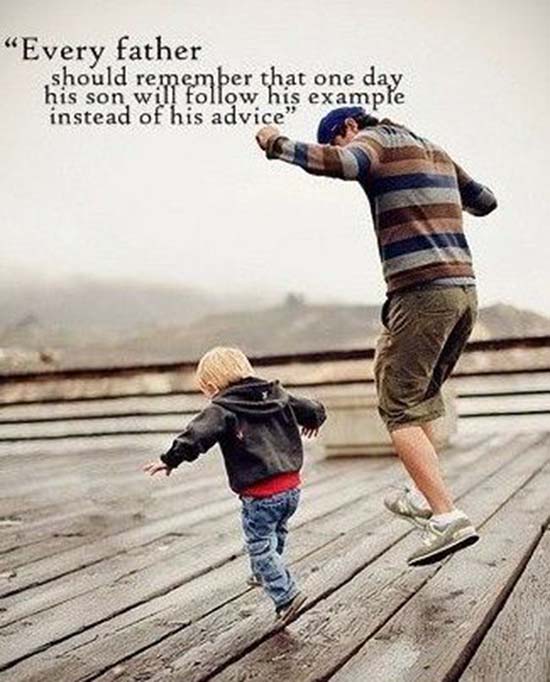 Little Heaven – Father and the Son

Little Heaven – Father and the Son

A father came home from work late, tired and irritated, to find his 5-year old son waiting for him at the door.
Son: “Father, may I ask you a question?”
Father replied: “Yeah sure, what it is?”
Son: “Father, how much do you make an hour?”
Father said angrily: “That’s none of your business. Why do you ask such a thing?”
Son: “I just want to know. Please tell me, how much do you make an hour?”
Father: “If you must know, I make $20 an hour.”
“Oh,” the little boy replied, with his head down. Looking up, he said, “Father, may I please borrow $10?”
The father was furious, “If the only reason you asked that is so you can borrow some money to buy a silly toy or some other nonsense, then you march yourself straight to your room and go to bed. Think about why you are being so selfish. I work hard every day for such childish behavior.”
The little boy quietly went to his room and shut the door. Father sat down and started to get even angrier about the little boy’s questions. How dare he ask such questions only to get some money? After about an hour or so, the father had calmed down, and started to think: Maybe there was something he really needed to buy with that $10 and he really didn’t ask for money very often.
The father went to the door of the little boy’s room and opened the door.
“Are you asleep, son?” Father asked.
“No Father, I am awake,” replied the little boy.
“I have been thinking, maybe I was too hard on you earlier,” said the father. “It’s been a long day and I took out my aggravation on you. Here’s the $10 you asked for.”
The little boy sat straight up, smiling. “Oh, thank you Father!” He yelled.
Then, reaching under his pillow he pulled out some crumpled up bills.
The father, seeing that the little boy already had money, started to get angry again.
The little boy slowly counted out his money, and then looked up at his father.
“Why do you want more money if you already have some?” the father grumbled.
“Because I didn’t have enough, but now I do,” the little boy replied.
“Father, I have $20 now. Can I buy an hour of your time? Please come home early tomorrow. I would like to have dinner with you.”

We should not let time slip through our fingers without having spent some time with those who really matter to us, those close to our hearts.

Short Story # Baba, why are you going?# Taken from real life