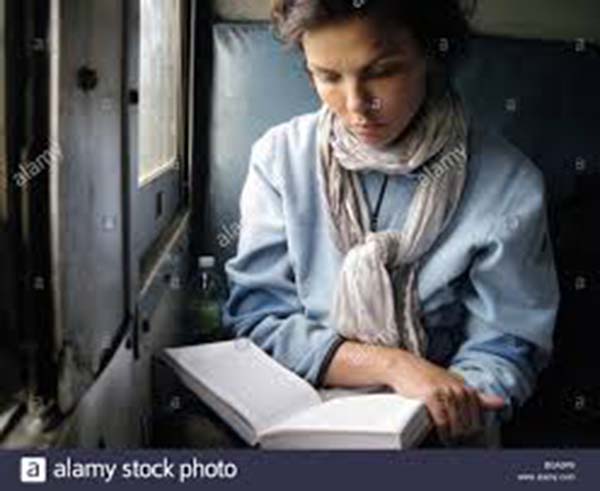 Eva would leave by early morning train. Like every other time, her father, Arif packed everything himself for his daughter; her books, cloths etc. He does the same every time saving the opposition of Eva.

But this time, Eva did not oppose at all.

When her father was packing things with rapt attention, Eva kept gazing at her father standing nearby.

-What has he got from life? His life is a sacrifice. He is tired of sacrificing, what more he has to sacrifice?

Eva never ever was so satiated seeing her father. It seemed that she was witnessing a deprived angel in flesh and blood.

Her father waked her after mid night to get her ready for going to the station.

Eva was awake. She only feigned to hear the call from her father by addressing her ‘baba’.

When her father wants to relieve Eva from some unpleasant state, then he invariably call her ‘baba’. Eva was always indeed ready to jump into hell fire with that address withstanding any agony.

Her father came to the station to see her off. His eyes were clearly seen swollen but not due to lack of sleep, he wept silently. He himself pulled all luggage into the compartment and lifted on the upper berth. Her father did not look at her eyes for even a moment.

As the train was about to move and her father was taking leave, Eva stooped and touched his feet and sought his blessing.

Arif gave up and burst into cry like a baby and cuddled Eva in his bosom.

Every time while bidding farewell, her father sobs but she has never seen him crying like that.

The visage of her father is sticking to her sight. He has so many things to share but there is none to listen. With that state of mind it is difficult to pass even a day but her father has been passing his life in that state! Eva felt a wrench of pain in her heart.

-No more. She takes a vow. Not to let her father to sacrifice any more. He has given enough, much more than his share.

-Jamil is her brother, after her examination is over she will discuss with her father and will definitely bring him back. Then both siblings will stand in front of their father and say, “Baba, you are tired, not an iota more, it’s your turn to take rest”. Tears was rolling down her cheeks silently.

-Eva does not know, where her mother is and how is she. Once she meets her, she would tell her’ “you are wretch mom, otherwise, you won’t lose the Godsend, a God incarnate husband just like that’.

-I’m very sorry to burden you with my luggage so long. As I arrived late, the Checker thought that I missed the train and allotted the seat to some other gentleman on request. It took time to find out the Checker and solve the problem.

Tony bumped into the compartment in a hurry, belched out his excuse and started pulling out his luggage.

It jerked Eva out from long rumination. She looked on. Her governess was deep asleep on the next berth. She quickly wiped her eyes and cheeks and tried to become normal.

-God saved, she is sleeping. Tony muttered looking at governess asleep and while lifting his luggage.

As Tony pulled the big suitcase from under the seat while hanging the bag across his shoulder, Eva had a close look at him.

He seemed to be known. Way of talking and fidgeting manner seemed well known to Eva.

She called, as Tony was ready to move out.

As she was covering her face with a journal leaning against the window, Tony did not see her clearly. Now, by hearing somebody calling by his name, he got confused and looked at her.

She did not want to keep him in suspense any longer and said smilingly, “I’m Eva”.

Tony paused a bit to square up his own position. He smiled and pushed the suitcase back under the seat and put down his bag hung from his shoulder.

-My God, the way you were raptly reading the journal, I thought some great lady is travelling.

Tony sat beside her blowing out a sigh of relief.

-Well, how could you recognize me after so many years and that to remembering the name. Tony wondered.

Availing the opportunity, Eva answered with the word of Tony.

Tony got puzzled a bit. Then as they recollected their good old days they burst in laughter, blowing away the years’ gap in no time.

One fond memory dawned on them afresh.

They studied in fifth and sixth grade in the same school. Owing to the transferable job of her father, when Eva was admitted in fifth grade, the school was well underway and the first term examination was over.

Tony was a brilliant boy and was the first boy of the class. Beside study, Tony was equally good in games and sports. He was made the class prefect.

Class teacher called Tony, introduced with Eva and tasked him to give his note books one by one and help Eva to copy all the lessons of first term.

Showing off is the second nature of Tony.

-Look Eva, I need to perform some extras’ as prefect, oh, that you’ll not understand but you will see gradually. Anyway, I need to do some extra work before the class starts, though the assembly starts at 8 o clock, I reach by 7.30. I’ll hand over one note book every day sharp at 7.30.You’ll start noting down straightway, before, during or after the class whatever, you’ll return my copy the next day.

Then with an air of panache, he said, “Look, my hand writing is bad, so whatever words you won’t understand, get those clarified next morning before the class starts, while I would be doing extra jobs’.

-Ok, now tiffin period is getting over, go and sit in your desk.

Tony continued with same affected voice while looking at his hand watch.

-But listen, Shakespeare said, “Bad hand writing is the sigh of noble birth”.

Eva did not quite understand fully the comment made by Tony but could guess that Tony said that to bring a pretext for his bad hand writing. She also understood that Tony was a tough class prefect.

Principal came for inspection the next day. Things were in place and neat and tidy. There were pin drop silence. He inspected everything, asked relevant questions to the students. He was in good mood. Before his departure, he scrutinized the writings on the blackboard.

Like every day, Tony wrote the blackboard; name of class teacher, date, subject, presence and absence of students etc.

-Who is the prefect?

Principal asked in a deep voice.

Tony stood up in awe. Tony is handsome and neatly dressed boy. Principal patted him in praise.

-Very good Tony, but no excuse is acceptable for bad hand writing.

Then Principal turned towards class teacher and said, “by my next inspection, please ensure Tony improves his handwriting’.

Eva stole a quick look of Tony and found him sweating.

Then on, there was frantic try on the part of Tony for improvement of handwriting. But Tony was up and doing to hide his effort if not from others but from Eva.

Eva’s comment about high birth, made them recollect the sweet memories and caused volley of repeated laughter.

That interrupted the sleep of governess. She looked at them with utter surprise.