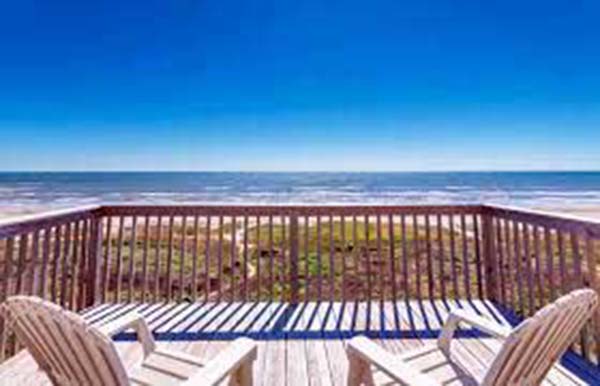 Like all other times, Arif, her father also took his own leave in line with Eva.

Arif took his whole family; Eva and Arif’s parents and went on a long tour. They went to the beach as chosen by Eva. The beach where Eva was conceived in her mother’s womb in the roar of the sea.

Since then, Arif did not go there. Arif told Eva about their honeymoon at this place.

They boarded in the same govt. Rest House built along the beach.

All rooms are having beach front wide balcony. One can smell the beach right sitting there. Arif booked it well in advance.

It was early winter during their honeymoon. Mary was a bit happy go like girl, her emotion overflowed while walking on the beach in clear moonlit night.

Having walked till well after nightfall on the beach, they took their dinner out and came back pretty late. They sat on the balcony overlooking the beach fully awash with moon light. Surfaced over the din of roaring sea, the full-throated Tagore song of Mary bemused Arif – “Everyone has gone to the forest in a moonlit night today; amid the weird breeze of the spring”.

This time they all are sitting on the same balcony. Things are all there as before but everything looked completely unknown. The desolate beach is incessantly roaring in pitch darkness seems like grunting of an injured wild pig. The sparkling stars looks on dumb.  Arif was totally taken aback, when Eva all on a sudden sang the same song as her mother. She exactly looks like her mother. Same voice, same tune and Eva also sits in the same way.

That night, the desolate beach looked dreamy being awash with moon light. In the incessant roar of the sea made by crashing waves, the uncanny glow made by the breaking surf trapping the moon light made that an spectacle. The ocean roared with sparkling surf and they two sat on this balcony till late night.

Surprisingly, Lisa also sang the same song sitting at the same place. That day there was a glowing moon and million stars were sparkling in the sky.  But tonight, it’s all dark in front, sea could only be felt by its noise, and stars are glowing alone in the dark sky, as if they are smirking at the plight of Arif.

There was moon in the sky that night, open and visible beach in front, Mary’s face glowing with pleasant dreams was clearly visible.

-But tonight, there is no moon in the sky, everything dark in front and around, nothing is visible. All are present but only in feel. Eva’s face is almost invisible only silhouetted, it is difficult to guess what that betrays.

-Eva has a melodious voice, like her mother. Thought Arif.

-There is a magic in the song of Tagore, same song means so differently in different situation with different surroundings, I think that Tagore did not know that. It seems that Tagore has secret access to every mind in all seasons and all temperament. No one of any generation afford to forget him or live without him. He would remain young and immortal to generations.

Mary commented that night having finished her song.

-If she would be here today. Thought Arif.

-Well Grandma, why did my mother leave that way? Was my father so bad that she could not give him a chance for rectification?

Eva asked abruptly a bit after finishing her song.

-Eva is also thinking about Mary like him! Arif was surprised of such coincidence.

-His concocted narration about his relation with Mary is not supposed to be known to anyone but only two of them. Because he himself is the composer of that story and was only told to Eva’.  Arif thought.

-Eva is also honor bound not to disclose that to anyone else! And why is she asking the question now and here! Arif wondered to himself.

Arif looked at his baffled parents.

-Eva, my sweet girl, leave that now, I’ve already told you everything and if required I would tell you again afterwards. Please sing the song, you have a beautiful voice.

Arif tried to change the topic.

-What did Arif told Eva about himself? Though they did not ask anything regarding the  subject earlier but now the question pops up in the mind of Salma Begum and Shahid Sarkar.

-I haven’t as yet seen any second generous person like my father then what sin my father had committed that a fine lady like my mother left him? Tell me granddad.

On return from the tour, Eva narrated the story told by her father to her Granddad and Grandma.

Salma and Shahid Sarkar got totally startled at the greatness of their son.

-To hold high a mother’s image to her daughter, Arif has put himself in the dock for sure gallows. For which, Arif does not bear an iota of responsibility! To save his brother, to save the family and finally to save his wife, Arif has made himself the lamb for sacrifice!

A sharp sense of felony betook to Salma Begum and Shahid Sarkar. An unbearable pain was rending their heart.

Salma Begum felt unable to bear that burden any longer.

She narrated every bit of truth to Eva without any edit.

Eva stood stone having hard everything.

She could not hold her tears thinking about predicament of her father. The innocent face of her father always haunt her since then.