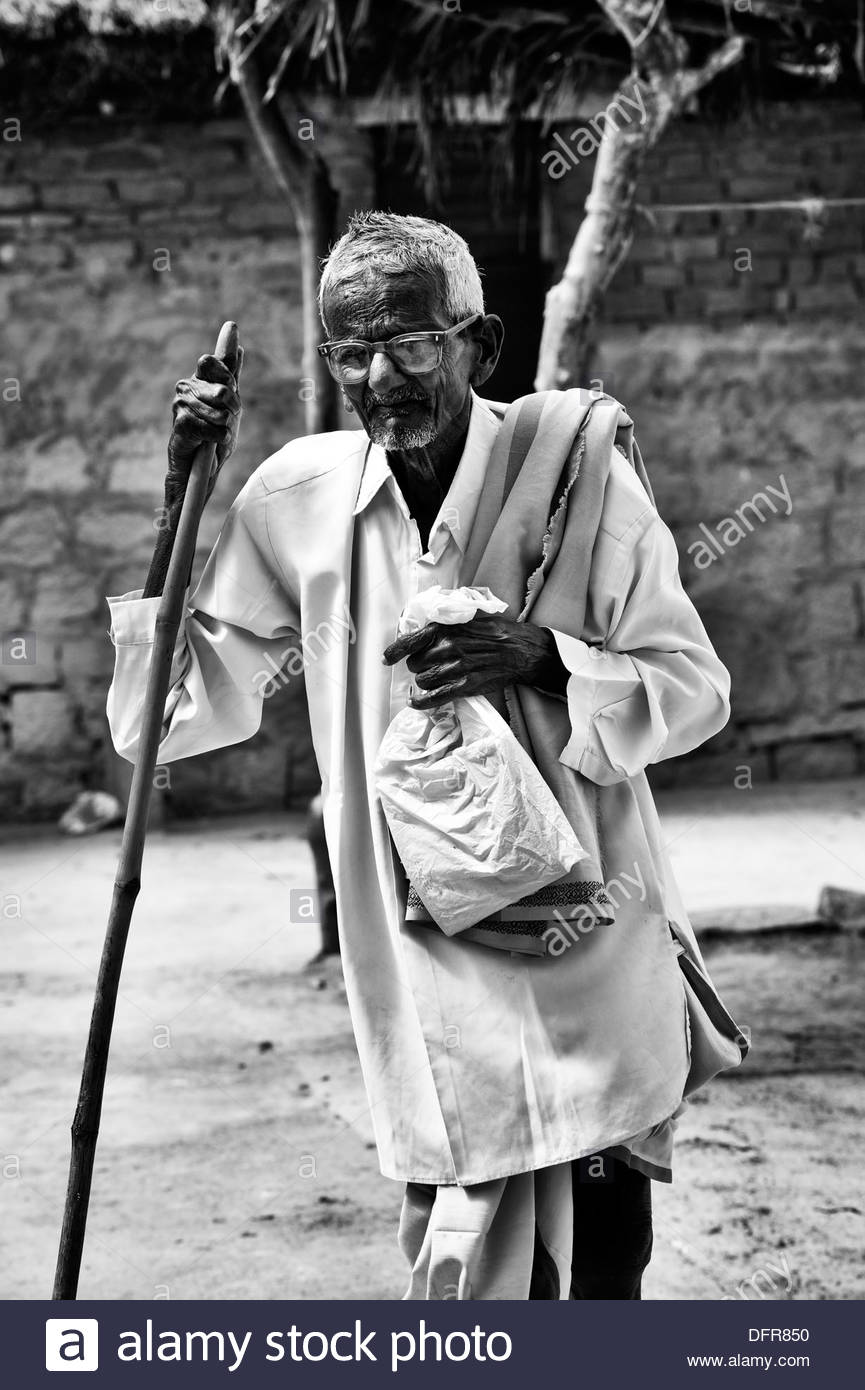 It’s my ancestral home. But now none of my own lives here. All are out for
their living like me.
I am a govt. servant. Normally get scope to come home during festival
holidays. I visit mostly once in a year, it almost takes the whole holiday period cleaning, dusting and putting things in order of my house which remains locked.

Once in my home, I can get back my own-self, can see myself face to face. My childhood lies here and I can meet my own people.
That’s why I come home whenever I can.

During such holidays, the look of the village changes. The naïve and
hardworking village people get busy serving their near and distant relations
vising home during festivals. They are educated and well established
in their lives and a word of advice and some sneak peek of their worthy lives change
the meaning of life all together to the villagers.
After a spell of busy schedule, as the guests start leaving to their busy world,
the rustic people also start going back to their daily chores broken hearted like
waking up from a spell of reverie. They go back to their works with a wrench in heart
for losing the incandescent relatives.
The village again immerse into its hackneyed life.

But this time it was a total exception for me. For some exigencies, I got leave
after the common festival leave was over. Meaning that I arrived when all guests and villagers were returning to their respective works. It was a demise of all my expectation.
The village emerged in a melancholic silence like grave yard.
Somehow I spent the night amidst the movement of all unwanted guests like cockroaches,
mice and in stinking room, locked for months.

It’s a two story bungalow pattern house. There are bed rooms and kitchen in downstairs and a big room sits at the center of big roof ground floor with open space all around. I stay in this room whenever I come home.
I started cleaning and dusting since the morning. But this time everything
seems topsy-turvy.
-It’s almost 9 o’clock in the morning but none came so far to say hallo. Has
any revolutionary change taken place suddenly!
-May be no one knows about my coming. I thought.
-But no, how could that be? May be all are busy in their own schedule after the
vacation. I tried to reconcile.
A sense of some unknown dissatisfaction stuck in me.

To take a break I stood by the side of the open window towards the back side
of my room. A patch of small open ground is clearly visible. But now it appears to
be a vast expanse of openness, vacuum without limit.
Suddenly it dawned in me about worthless wretched Uncle John. I got very
angry on him.

John is a very old and faithful household caretaker of our house. He looks after
the house. I just could not bring me to understand as why John is not here by
that time. He does not have much else to do other than looking after the
desolate house.

He stays in a separate building on the outskirt of our walled complex. He draws his monthly salary from a bank deposit. That wretched who has almost no work to do, is supposed to come running learning about my arrival.
Indeed John is very insignificant in my list of priorities and I don’t have any rationale to
look for him. But at this moment his absence has made him more valuable.

I call John moron really meaning the word. I do it to ventilate my grudge about his Creator.
I remember John from the time of our liberation war. He stayed with us from
much before the war. He is in our house since his boyhood.
He works for other villagers whenever he does not have work to do. He took my permission. I asked him for the reason. He said,’ he wants to help, he feels bad if he does have work.  The villagers for whom he works do not pay him as he does not demand.
John does not have any complaint against them instead he conceives a peculiar mentality of showing mercy to them.

– Oh no, this time I’m not going to spare them, I’ll make them pay my dues.
John utters these sorts of warning to some particular debtor, if the debtor is not in his good book for some silly reason.
Alas! He wants to show mercy for others once the life has not shown an iota of mercy to him.
The wretch does not know anything about his parents or siblings.  His father
died before his birth and his mother died immediately after giving birth. As
such, he does not know any of them and does not have any onus of doing any
duty towards them.
I gathered all these information while listening his blabbering as pastime during my leave.

His life story resembles fiction of tragedy hero – which suits only great
persons. But from where did the moron get this story? I thought but did not condescend to ask him wasting my valuable time.

I think of asking him today as I have much time in my hand.

His skin color is like all others here but his flat nose and sunken eyes tells that
he does not belong here, he is from somewhere else.
He is from some area of Assam, as he said earlier. He does not know
anything else about himself. He does not have any headache for that. He somehow
stranded and came to this area. Then on he lives here.
He does not have anybody here to call his own.
Uncle John looks lonely whenever he sits alone distrait.

My annoyance started growing on him as he has not as yet show up.
He calls me ‘Khoka’ i.e. son imitating my father. But as he has a tongue-tie i.e. congenital oral anomaly thus, all his utterances sound distorted, as such though he calls me;
khoka’ it sounds like ‘khora’ i.e. lame. I always crack joke out of him whenever he calls me.

Our village is adjacent to a cantonment, as such during the liberation war
occupation soldiers played havoc on our village by killing, looting and burning
houses. All most all left the village in such apprehension as the war was
heating up.
Moron John acted like moron again. As war was breaking out and when all
were in competition to leave before one another, John told my father nonchalantly-
You leave, I’m staying back to look after your house.
He really stayed back ignoring everybody’s insistence.

As we came back after the war was over, we saw a skeleton like John and
completely dazed houses.
John lost his aplomb and slammed on the bare earth as he saw all of us. He started
crying slapping his chest.
-I lost everything, I failed to protect your houses. The soldiers came in
numbers beat and tied me with a tree, looted and burnt down all the houses.
John wailed.

It was well past noon but none came so far.
My anger on John grew further. I decided to sulk when I see him.

He has none here and never looked for his any kith and kin. Many years back
someone came to claim his relationship with John but he reacted very negatively and
suspected that the man regarding his motive. John expressed that the man came to
take share of his properties.

-Sir won’t you take some food?
I got back to present by the call of my boy servant who came with me.
Having asked him to place food on the table I took a walk and stood on the high
bank of the huge pond in front of our homestead.
Nobody was seen around, completely desolate. I saw a Checkered Keel back snake
sunning on the slope of the pond. She almost ignored me. In one corner, a
white king stork seemingly taking a nap standing on one leg.
I didn’t feel good at all. I just felt to go and visit our family grave yard.

It’s a walled Grave Yard with a grill gate, inside is full of tares, uncared for
months.
Uncle John is very particular about keeping the grave yard clean.
-This is the final resting place for all.
Uncle John used to enthuse us in regular grave yard cleaning work by reminding about its importance.
A sense of annoyance and uneasiness overtook me.
– Khora’ i.e. lame, you will understand when I would be no more. It seemed
the voice whispered from somewhere.
It gave me a goosebumps. I felt a sudden wrench in my heart for Uncle John.
-What happened to him? Some fatal disease! A sense of deep remorse
overwhelmed me. I grew a sense of grudge against me.

I rushed back home. I met my Uncle at the gate.
He expressed his surprise about my coming at this odd time.

– Is Uncle John dead?
Having exchanged some formal pleasantries, I asked him straight.

-Yes, it’s about few months. A brief answer without showing much emotion.
A tart simple answer but pierced me very sharp.
I rushed back to my room, strolled silently for few minutes.

I put the few items I brought out, back into my suitcase. I don’t feel to stay
here any moment more. I feel everything suffocating.
I asked my boy servant to take down the suitcase and put into the car. He looked at my eyes. I don’t know whether he saw my tears.
I trundled down the stairs counting my steps, twenty one of them. I felt totally
exhausted.
It started drizzling. I went out and stood near my car. Lazy drops of rain mixed with my tears.

-It’s nature’s way of expression. I thought.
My uncle came.
-Couldn’t really talk to you son, you understand the busyness after the festival. He felt sorry.

I felt myself a bit atoned as I prayed in the grave yard and in the process
prayed for the departed soul of Uncle John.
I shook his hand and asked in a soft voice, right before entering into my vehicle.
-Uncle John’s grave is by which grave?

-It’s a municipal land for burying unclaimed dead bodies, difficult to identify.
My uncle answered nonchalant.
I looked at his face in total astonishment. Uncle John did not get any place in
our family grave yard!

I almost pushed my boy servant into the car and started off.
-Son, where are you going at this odd hour and in inclement weather? Please give some heads-up before you came next time.

I barely heard the voice of my uncle.

– Burying unclaimed dead bodies. Uncle’s voice haunted me.
– Khora’ i.e. lame, you will understand when I would be no more. Wind kept
whistling the words of Uncle John. 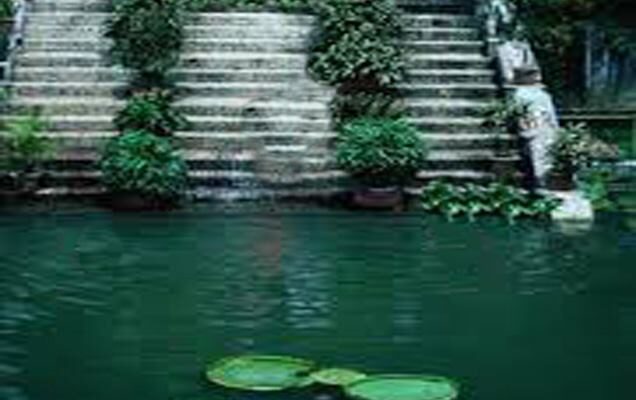 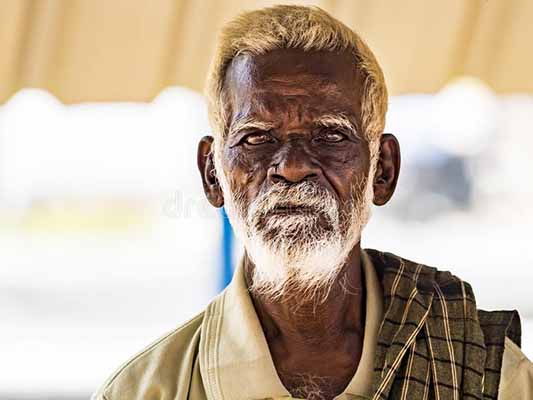