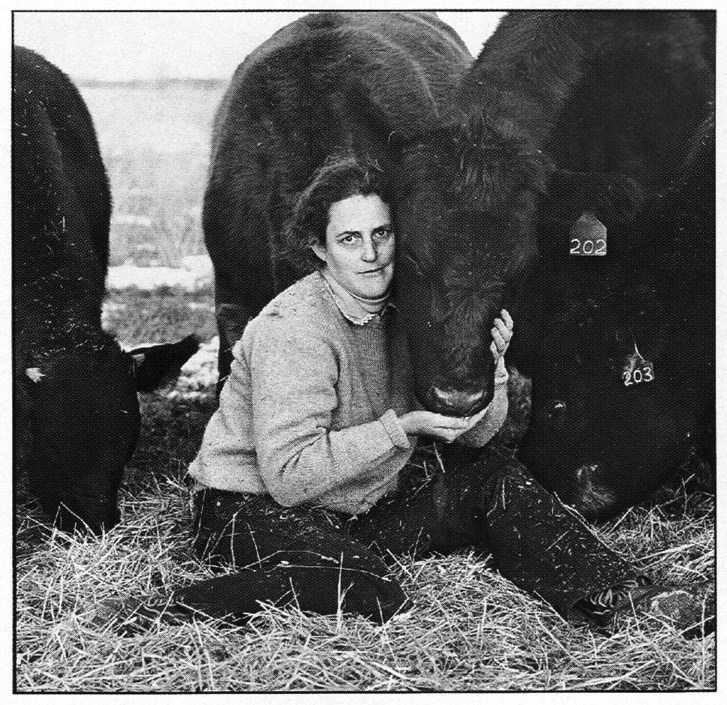 People are Different not Less

She was born on August 29, 1947. At the age of 2, she was diagnosed with autism. She would be labeled “brain damaged” and her doctors would suggest that she be placed in a long-term care facility. Many children in the early 1950s with that diagnosis were institutionalized.

Her mother instead took her to a neurologist, who proposed a course of speech therapy. She did not talk until she was three and a half years old. But, her parents never gave up on her. They were able to afford a caregiver and a private school with sympathetic staff, who were able to work with her and help her from retreating into a corner, as children with autism prefer.

Autism affects the areas of the brain that direct abstract thought, language, and social interaction, and she displayed the classic symptoms of the condition in her earliest years — she spoke little, did not like to be held or touched, and was prone to dissolve into raging temper tantrums when provoked.

When she was able to attend school, she was teased and bullied. But, she never gave up, saying, “I am different, not less.”

She became interested in horses, electronics, and model rockets, and a science teacher would inspire her.

She would say, “I don’t want my thoughts to die with me, I want to have done something. I’m not interested in power, or piles of money. I want to leave something behind. I want to make a positive contribution – know that my life has meaning.”

In 2010, Temple Grandin would be listed in the Time 100 list of the 100 most influential people in the world in the “Heroes” category. An activist with autism, she created the “hug box,”a device to calm children with autism.

An American doctor of animal science, professor at Colorado State University, bestselling author, and consultant to the livestock industry on animal behavior, she received an award in the “Visionary” category, from the People for the Ethical Treatment of Animals. Today half the cattle in the United States are handled in facilities she has designed.

As an animal rights activist, she has talked widely about her first-hand experiences of the anxiety of feeling threatened by everything in her surroundings, and of being dismissed and feared, which motivates her work in humane treatment of livestock, saying, “Nature is cruel but we don’t have to be.” She co-authored “Animals Make Us Human: Creating the Best Life for Animals”, which was included in the best-seller list of the New York Times.

Temple Grandin continues to inspire many, sharing her message about “differently-abled brains”.

According to her web site, the number of children diagnosed with autism continues to rise nationally, with 1 in 59 U.S. children identified with an autism spectrum disorder (ASD).

She said, “I had people in my life who didn’t give up on me: my mother, my aunt, my science teacher. I had one-on-one speech therapy. I had a nanny who spent all day playing turn-taking games with me.ʺ

She added, “My Advice is: You always have to keep persevering.”

Paid in Full by a Glass of Milk